Checkatrade Member to the ‘Garden Rescue’!

One of our members was called upon by the BBC to take part in their 2015 series ‘Garden Rescue’ with Charlie Dimmock and the Rich Brothers.

The series will help people who have the money put aside for their dream garden but no idea where to start. TV favourite, Charlie Dimmock, and the stars of the 2015 Chelsea Flower Show, The Rich Brothers, will both pitch their designs to the customer who will then pick their favourite and hand over their money.

Red Terrain Landscaping was completing a job in Surrey Heath when he was approached by the programme’s project manager who has been aware of the company for some time and asked them to work on the show as a landscaper.

They arrived at the job on 16th October and were given two days to complete the garden with the teams help. The weather was against them on the first day but they soldiered on and even with a patio, decking and fencing to complete, they managed to finish by the deadline and as you can imagine, the customer was thrilled with the results and their new garden. 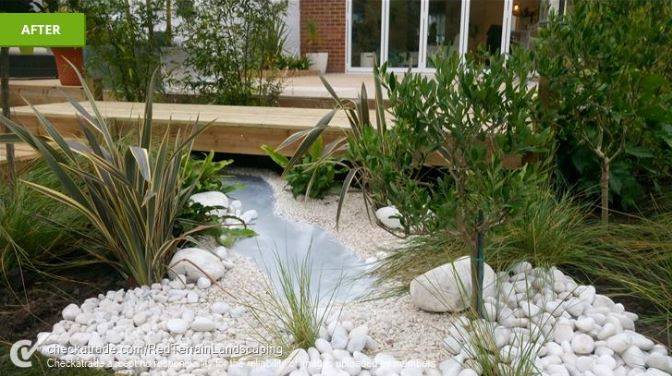 Alan from Red Terrain said “Working with Charlie Dimmock and the crew was a pleasure and I’m looking forward to next year with more builds with them.” Keep an eye out for the show in the New Year and let us know what you think of the gardens.

Everyone at Checkatrade would like to say a massive well done to Alan and his team, it’s great to see our trade’s getting the recognition they deserve!

If you’d like to find out more about Red Terrain Landscaping, visit their page at www.checkatrade.com/RedTerrainLandscaping/ Homeowners and renters have been using their unexpected time at home to reassess interiors and make a wishlist of work that needs doing. New research from Checkatrade, one of the UK’s leading online trade directories, reveals that a third (35%) of Brits have come to dislike at least one of their rooms in lockdown, with...