Top tips to save money when driving! | Checkatrade

Top tips to save money when driving!
by
Checkatrade

Home Trade Top tips to save money when driving! Did you know that the way you drive can impact your fuel economy? From accelerating more smoothly to closing your windows on the motorway, here are a few simple things you can do.

Aggressive driving such as speeding, rapid acceleration and braking often wastes fuel. It can lower your fuel economy by 33% at motorway speeds and by 5% around town. Sensible driving is also safer for you and others, so you may save more than money on fuel money.††

If driving at 60 miles per hour or more, keep the windows up. Open windows create a lot of aerodynamic drag, which can add to your fuel usage when driving at high speeds. Also, remove the roof rack if you’re not using it, for up to 10 percent savings on fuel.****

Don’t let your car idle for prolonged periods of time. If you get stuck in a traffic jam, consider switching off your engine, provided it is safe to do so.

Keep your car well serviced, and make sure you check the oil levels regularly to help keep the engine happy.

Removing 45 kg of stuff from your vehicle could increase fuel efficiency by 2%.††

Make sure you check your tyre pressure at least once a month and before you set off on a long journey. Under-inflated tyres can increase your fuel consumption by up to 4 percent.***

Air conditioning is known for using power, which consumes fuel and emits CO₂.** If you’re driving at a low speed, switch it off and open your windows instead.

Using a high quality fuel from one of the major networks such as Esso can increase fuel efficiency, ultimately meaning you get more miles for your money

Esso fuel engineers spend hours and hours testing different ingredients and formulas, because they know the smallest change can make a difference. Like the molecules in Esso regular Synergy diesel that have been specially designed to help clean vital parts of your engine (like your car’s fuel injectors) and help look after your engine. You may have heard that nasty engine deposits can build up in your engine over time which prevent your car from performing at its best and can reduce your fuel economy. In fact, when it was tested it on everyday cars it helped improve fuel economy by an average of 1.8%.*

Finally, save money with an Esso Card™   fuel card with a special offer for Checkatrade members.

Apply for an Esso Card™ fuel card and save UP TO 5P PER LITRE† off pump price.

Checkatrade have teamed up with leading fuel card provider, WEX Europe Services in order to negotiate highly competitive pricing for their members.

As a valued Checkatrade member you are eligible to apply for an Esso Card™ fuel card and receive a highly competitive fixed weekly price of UP TO 5P PER LITRE off pump price. Along with this great offer – the first 100 members to be accepted for a fuel card account will receive their first tank of fuel on us!

To take advantage of this offer go to the Checkatrade Members area.

††Source: The U.S. Department of Energy and Natural Resources Canada. Get more jobs with the UK’s #1 trade directory How to start a garage door installation business

Garages have many uses, from a safe place to park your car to a workshop, a storage space or even a ... How to start a successful car wrapping business

Vehicle wrapping is not just a way of using a car or van to advertise, it can completely transform a... 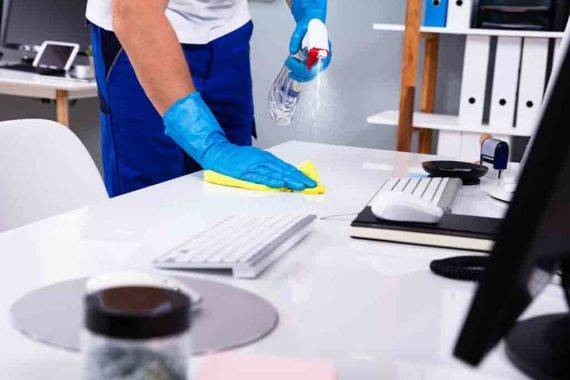 How to start a cleaning business

The impact of the coronavirus pandemic means people are prioritising hygiene now more than ever. As ...